Foumban or Fumban is a city in Cameroon, lying north east of Bafoussam. It has a population of 83,522 (at the 2005 Census). It is a major town for the Bamoun people and is home to a museum of traditional arts and culture. Foumban is known for its political significance in the formation of Cameroon’s history and its cultural, tourism and economic potential. There is also a market and a craft centre, while Foumban Royal Palace contains a museum with information on Ibrahim Njoya who invented a new religion, Bamum script, and the artificial language Shümom.

Foumban is the headquarters of the Noun Division of the Western province. It was the seat of the Bamoun Dynasty.[2] The Bamoun Dynasty was founded in the 1394 by Mfon Nshare Yen. Mfon Nshare became the first Mfon (what is today called Sultan[3]) and was the founding father of Foumban, which became the capital city of the Bamoun Dynasty. This was as a result of the many wars against neighboring kingdoms between 1394 and 1418. Since then, Founban has politically, culturally and economic grown into a tourist city of great renown in Cameroon. Its rich history and development has seen it surpass other cities and towns in the region, and it continues to attract hundreds of visitors.

Bamoun became a part of German Kamerun on July 14, 1884.(the Bamoun never been colonized by Germany and wasn’t with Douala when they sign with Germany therefore they never been part of Germany and they’re Kingdom to this day got a special jurisdiction since Bamoun got their own law and army)Thee sultan was beheaded in a conflict with the Nso people from the North West Province of Cameroon, and his head carried off in 1889.

Foumban is one of Cameroon’s major attractions and an important centre of traditional African art. Its jewel is the Palais Royal, seat of power for the Bamoun people. The ruler of the Bamoun is known as the sultan, and the Bamoun can trace the lineage of their sultan back to 1394.

The palace, completed in 1917, resembles a medieval chateau. It houses the Sultan’s Museum, which contains a multitude of royal gowns, arms, musical instruments, statues, jewellery, masks and colourful bead-covered thrones carved in the shapes of the men who sat on them.

A few hundred metres south of the palace is the Musée des Arts et des Traditions Bamoun. This extensive collection has exhibits on Bamoun history and art, including cooking implements, musical instruments, pipes, statues, masks, gongs and an ornately carved xylophone. The road that connects the two museums is the Rue des Artisans, home to sculptors, basket makers, weavers and embroiderers, and one of the best places in Central Africa to buy wood carvings. 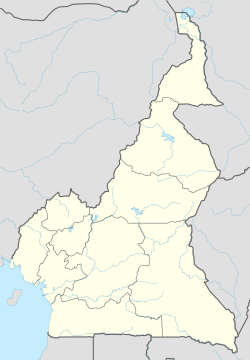